​North Shore Choral Society’s 85th season, suspended by the Covid-19 pandemic, became, under the leadership of Music Director Dr. Julia Davids, a time of substantive growth for us as individuals and as musicians. Weekly virtual rehearsals focused on vocal health, with extensive work on resonance, vowels, vibrato, and range development. Further, Dr. Davids invited an array of special guests for the enrichment of members’ musical knowledge.

During the first half of the season, NSCS was compelled to continue exploring issues of equity and diversity in choral music. Members’ appreciation for the work of Black composers was increased through presentations by these notable musicians:

Dr. Marques L. A. Garrett
Non-Idiomatic Black Choral Music
​
In this informative session we were introduced to Non-idiomatic music which, as it relates to Black composers, refers to the original concert music that is not part of the canon associated with Black musicians (e.g., spirituals, gospel, jazz, hip-hop). Rather, these are, at their core, original songs similar to chorale tunes in cantatas and popular songs echoed in Renaissance masses. Marques is Assistant Professor of Music in Choral Activities at the University of Nebraska-Lincoln.

Dr. Thomas W. Jefferson
The History of the Spiritual

A frequent collaborator with NCSC (most recently on Missa Gaia and on his own work, Missa Brevis), Thomas described how enslaved people created the Spiritual by first adding verses to hymns, conveying their social and political states, conditions, and sadness, sometimes embedding hidden messages. He then played some of his own arrangements of Spirituals, demonstrating his prodigious keyboarding skills. Thomas currently serves on the piano faculties at Columbia College and North Park University and is music minister at the Basilica of Our Lady of Sorrows on Chicago's west side.

Soprano Felicia Patton is a frequent NSCS soloist and most recently was a guest conductor at our February 2019 concert, “What Happens When She Sets the Beat?” Felicia shared stories from her master’s thesis entitled “Hidden Figures, Unsung Sheroes, Silent Voices of Sacred Music” and described the significant contributions of Black female hymn writer/composers to the Gospel music tradition. Inspired by Felicia’s presentation, NSCS began working on “Free At Last: A Portrait of Martin Luther King, Jr.”, a work by Chicago composer Lena McLin. Felicia currently serves as worship leader at Urban Village Church in Chicago. 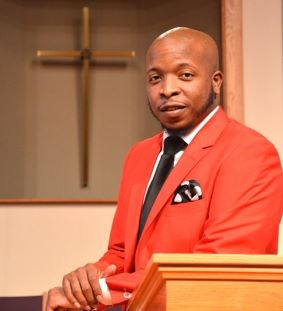 Terrance discussed and demonstrated the art of gospel singing, inviting and preparing us to participate in a virtual performance of  “Oh Happy Day.” Terrance serves as Director of the Music & Arts ministry at Oakdale Covenant Church in Chicago. He also leads the Oakdale Christian Academy Choir, an ensemble of 80-100 students between the ages of 7-14, which has performed extensively across the Chicago area and in Europe.
​As the pandemic wore on into 2021, we considered issues of physical and mental health and how these factors affect vocal performance. Members enjoyed the informative and interactive sessions conducted by these engaging speakers: 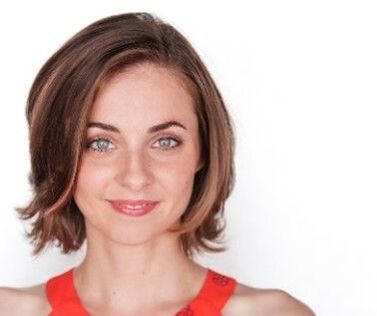 Kateri Gormley
The Alexander Technique: A Tool for Embodied Living
​
A former NSCS soloist and current music educator, Kateri presented an interactive workshop on the Alexander Technique, which retrains habitual patterns of movement and posture for more effective and comfortable vocal production. Members worked with Kateri on improving coordination, awareness, and movement, and even learned how to hold one’s head while singing, as well as the best way to sit and stand during a concert!

Longtime NSCS collaborator and friend Karen Brunssen delivered an in-depth presentation of how the human voice evolves and develops over the course of a lifetime and how to best utilize the voice at different ages. Co-Chair of Performance at Northwestern University’s Bienen School of Music and Immediate Past President of the National Association of Teachers of Singing, Karen has been a soloist for 30 years, and as a longtime educator has helped countless students prepare for a variety of successful musical careers.

An educator, singer, actor, and artist, Elias has taught Mindfulness-Based practices since 2014 and works to raise awareness of mental health solutions within an overstimulated global society. He discussed the most common ways that people deal with stress and then introduced meditation tools and techniques to increase the ability to heal and grow, with the goal of sustainable well-being. Elias is also a member of the folk band The Heartstrings Project and co-founder of Heartstrings Kids.